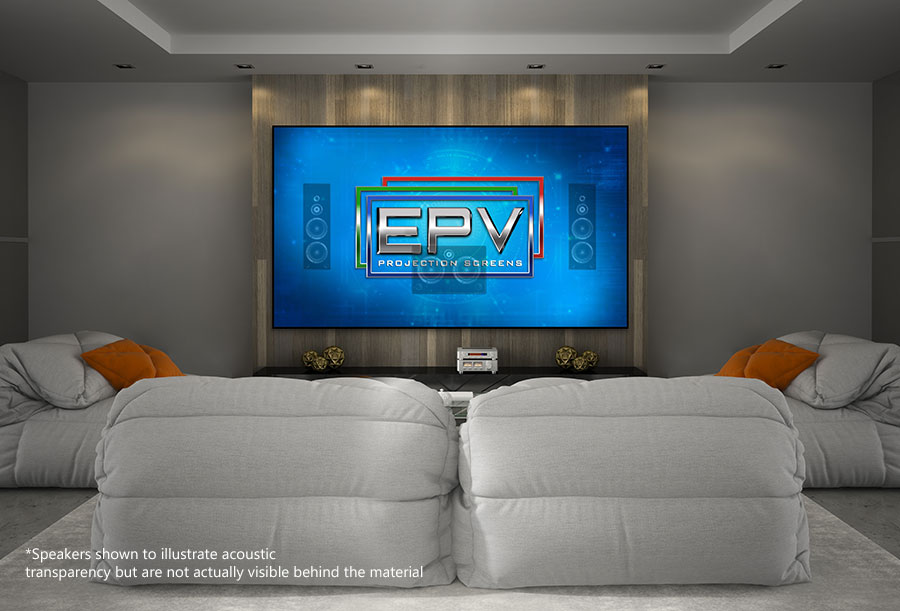 EPV Screens is the custom installation division of Elite Screens. Headquartered in Southern California, they provide a wide range of screen materials and finished screens to the custom install market. Electric/motorized screens, edge-less screens, and fixed frame screens are included in their product portfolio. The screen materials offered include punched acoustically transparent, polarized, high-gain, ambient light rejecting, ultra-short-throw, solid materials with a range of gain, and the subject of this review, a multi-layer woven acoustically transparent material. To stop light that gets through the acoustically transparent screen, EPV Screens has made the traditionally-separate light absorbing black layer integral with the white image-side of the screen. That makes assembly of the screen easier than other AT screens that still have the black layer mounted separately from the screen layer. This black material prevents light that passes through the white projection layer from reflecting from behind the AT screen bouncing off of the wall or other objects behind the projection screens and contaminating images with excess light that shouldn’t be there. The frame for this review is EPV Screens’ EDGE FREE® frame supplied with all the Sonic AT8 ISF eFinity screens. EPV Screens says the Sonic AT8 ISF eFinity screens are compatible with ultra-short-throw projectors, short-throw, and standard throw projectors.

Sonic AT8 ISF eFinity screens are available in the following sizes: diagonal sizes in 16:9 format are 110-, 120-, 135-, and 150-inches. The 120-inch size was used for this review. For 2.35:1 format, the diagonal sizes available are: 138 and 158 inches. The frame included with these Sonic AT8 ISF eFinity screens can be used as either an edgeless screen with no bezel, or a thin 9mm wide black bezel trim can be installed around the edges giving a sharp-edged cutoff of the image rather than using the screen borderless. Customers can be easily shown the difference and decide which way to go. The wall mounting brackets included with these screens allow sliding the screen left or right to get perfect centering with the projector. This next feature is something I wouldn’t have expected, but this line of screens comes with an integral LED backlighting kit. This is a home theater décor touch, so people entering the prepared theater room will be greeted by a soft color wash around the perimeter of the frame if it is close to a wall. The color can change or be turned off when movies start, or it can be left on during movies. The LED light will degrade images a bit if left on during movies. But sometimes the effect in the room is more important to the owner than the ultimate in image quality with the LED lighting turned-off. If the screen is used as freestanding, the LED lighting can still be used, though the effect will be unpredictable due to different surroundings in each theater room. 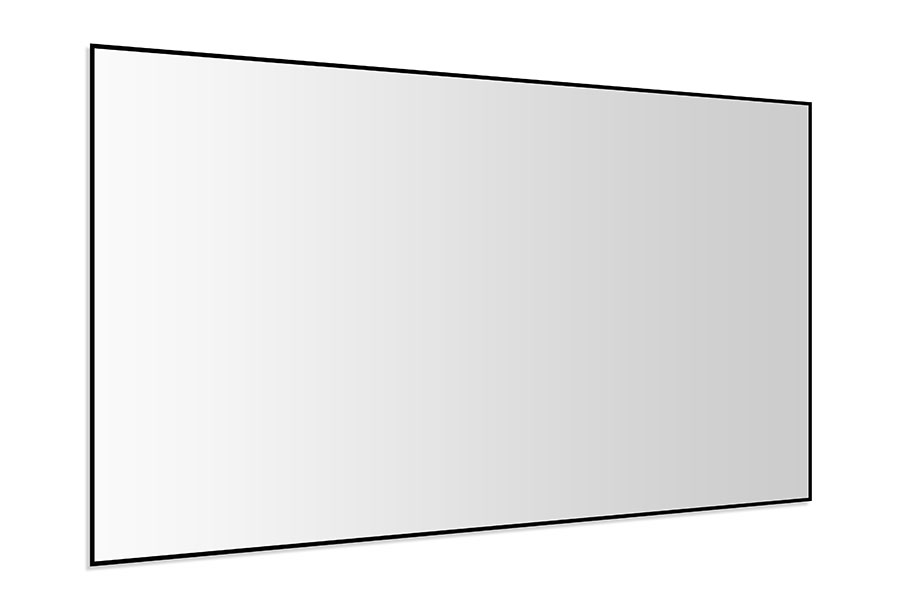 The ISF in the product name refers to Imaging Science Foundation. This organization is one of a couple of ways to get video calibration training, but they also evaluate products for a fee to provide an extra level of customer confidence that the product in question will provide consistent and predictable technical-optical performance following calibration of the theater. I attended isf calibration training perhaps 15 years ago, a time when calibration wasn’t easy and inexpensive colorimeters were unreliable. UHD/HDR did not exist then, so calibration was sharply focused on HD content. With a projection screen, isf certification means that people other than the screen manufacturer have confirmed the projection screen doesn’t do unexpected or strange things to color or luminance at different light levels and that color reproduction over the entire gamut of the source material is presented accurately by the screen material. The eFinity part of the product name refers to the edgeless frame supplied with these projection screens.

There are two ways to use an acoustically transparent projection screen. The first is the previously mentioned wall-mount. Wall mounting will, of course, mean that the L-C-R loudspeakers at a minimum will have to be “in-wall” models with the screen hung in front of them. You can leave those speakers’ grills off since the projection screen will hide them from view. The other way to use an AT screen is to place it free-standing (or inside a faux wall with a hole the size of the screen) with space behind the screen to place conventional speakers on stands. I used the second method, putting “standard” box-type loudspeakers behind the free-standing AT projection screen, 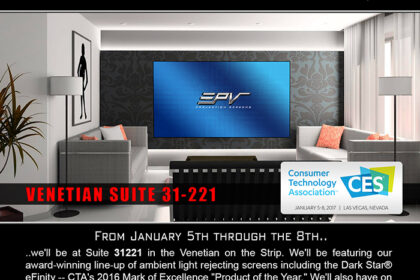 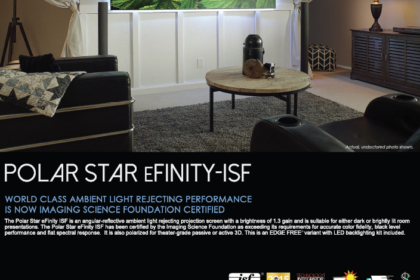 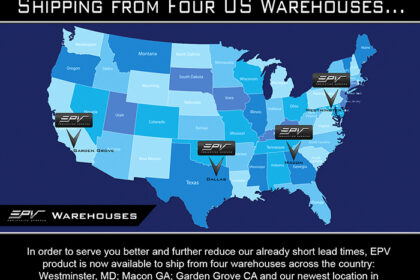 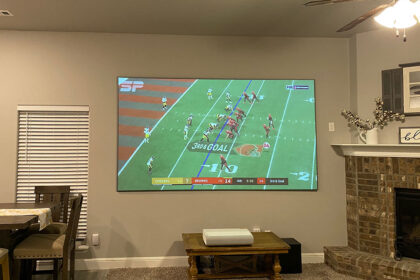 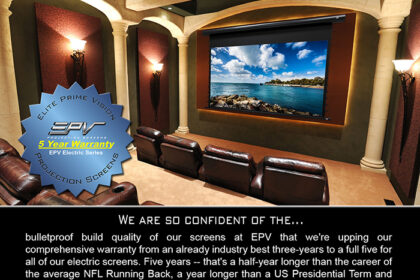 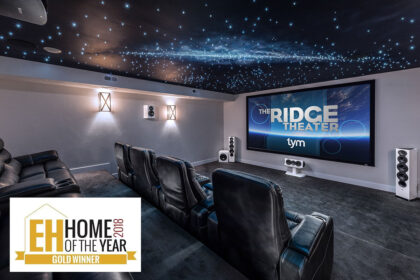 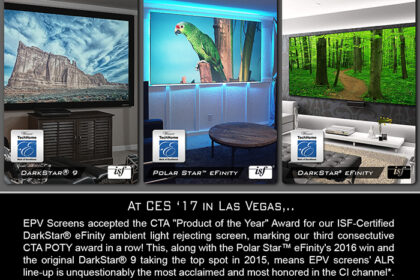 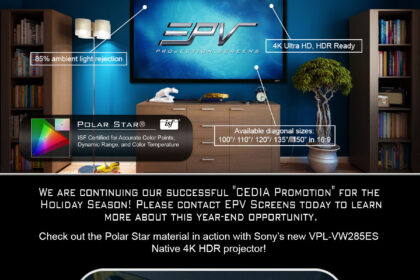